Adobe Flash was discontinued on December 31, 2020.

SurferToday is now using an emulator to run Flash content, but it still doesn't work for all games - in all browsers - and this game might be one of those.

Coaster Racer 3 - choose your auto and race your way across a series of floating roller coaster tracks. Javascript must be enabled for the correct page display Cars Makes Types Topics Guides Games. Drive your racing car on a rollercoaster. Use your arrow keys or WASD to drive, and N to use the nitro boost. COASTER RACER A 3D racing game which takes place on a series of roller-coaster tracks. Note: It may take a few seconds for the loading screen to appear. SIZE: 4254KB CREATED BY: LongAnimals & Asute Used with Permission.

The good news is that we expect to have more and more playable games over time.

Coaster Racer 2 invites you to compete against other drivers. Whether competing in a car or motorbike, finish in the qualifying position to unlock the next track. Cash is earned based on your finishing position, but you can also drive into dollar icons to pick up extra money and upgrade your vehicles. Press nitro to go faster. Remember that nitro takes time to charge up, so use it wisely. You can hold up to three nitro boosts.

Hold the freestyle button to charge nitro faster. But watch out - you cannot steer while showing off. Use ramps to get airborne and score more points. Hit the cones for scores and achievements. Finally, try to stay on track. Falling off wastes valuable time. Use mirrors to keep an eye on opponents. Learn the track and the best spots to use nitro.

Use either default keys or redefine them.

The Racer is a wooden, racing roller coaster located at Kings Island amusement park in Mason, Ohio. Designed by the legendary John C. Allen, The Racer made its public debut at the park's grand opening in 1972. It was thrust into the national spotlight after being featured in an episode of the popular TV sitcom The Brady Bunch in 1973 and is often recognized for playing a vital role in the roller coaster renaissance of the 1970s. The Racer inspired similar designs in other roller coasters, such as Racer 75 (formerly Rebel Yell) at Kings Dominion and the now-defunct Thunder Road at Carowinds. The Racer is also one of the few original Kings Island attractions still in operation today.

Following a very successful decade, the first major era of roller coasters in the United States would come to an end in the 1930s as the economy struggled during the Great Depression. Although new roller coasters were still being built, the demand wouldn't be the same for decades to come. By the 1960s, the industry was at an all-time low. Traditional amusement park rides, such as carousels, mill chutes, and even wooden roller coasters were losing popularity with newer generations. This led president of Philadelphia Toboggan Company and well-known coaster designer, John C. Allen, to decide in 1968 that it was time to retire. Allen was one of the last remaining designers with experience from the first golden age of roller coasters having studied under legendary designer Herbert Schmeck.[1]

The Wachs' family owned and operated Cincinnati's Coney Island before selling to Taft Broadcasting in 1969, but they remained in control of park operations and made many decisions during the construction of Kings Island. Determined to recapture some of Coney Island's traditional themes at the new park, Gary Wachs and his father met Allen in 1970 at an IAAPA convention in Chicago. They convinced Allen to officially come out of retirement and design a roller coaster that would be as popular as Shooting Star at Coney Island, but also unique at the same time.[2]

The Racer opened officially to the public at Kings Island's grand opening on May 27, 1972. It is located in Coney Mall, a section of the park originally known as Coney Island. The roller coaster appeared on national television in 1973, when it was featured in an episode of The Brady Bunch called 'The Cincinnati Kids'.[3] The ride ignited interest in roller coasters following decades of decline, and the attention it received eventually led to a revival of the industry around the world, typically referred to as the industry's second golden age. 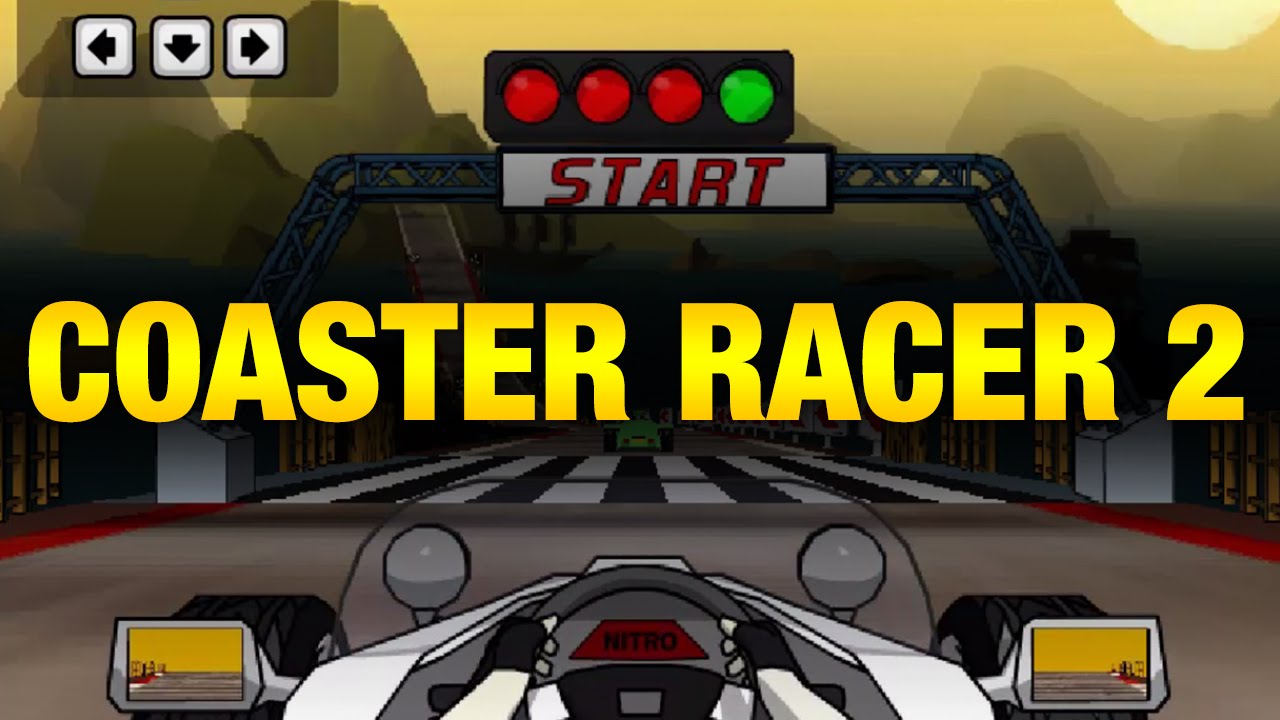 Both sides of the track raced forward until May 28, 1982, when the trains on one side of the track were reversed to ride backwards. The Racer became the first racing roller coaster in the world to do so.[3] It is thought that this move was to accommodate guests who were frustrated over the frequent closure of The Bat, a recently added attraction. Though only intended for the remainder of the 1982 operating season, the change lasted twenty-six years due to its popularity. It wasn't until 2008 that Cedar Fair restored The Racer to its original form by changing the right track to ride forward again. In addition, each side was assigned a color—red and blue—with the red trains on the right and the blue trains on the left.

On June 18, 2007, The Racer was awarded the Coaster Landmark Award by the American Coaster Enthusiasts (ACE).[4] A plaque for the award is on display near the ride's entrance.[citation needed]

As part of a routine, annual maintenance program common with wooden coasters, sections of The Racer are occasionally retracked over the years as needed.[5] For the 2019 season, the back turns and several other small sections of The Racer were retracked by Great Coasters International, the company behind Kings Island's Mystic Timbers in 2017.[6] The Racer's first drop and turns out of the station were refurbished previously several years earlier.[5]

The Racer is an out and back roller coaster design featuring two identical tracks that run parallel to each other. The design allows for two trains to race in similar fashion from start to finish. It was a unique approach in 1972 to have both tracks split apart into separate structures, rejoining again near the end. Previously, racing roller coasters were typically designed with both tracks remaining side-by-side throughout the entire course of the ride. After leaving the station, trains pass through turnarounds, travel over transfer tracks, and merge at the base of the lift hill. They ascend an 88-foot tall (27 m) lift hill, followed by an 88-foot (27 m) first drop and two small airtime hills. The trains then reach a large hill before splitting up into separate structures. After splitting, each train passes over another small airtime hill before rising into a turnaround to begin the return trip. After descending the turnaround hill, the trains reach a medium hill where the tracks rejoin the main structure. They race back over a series of smaller hills until reaching the final brake run at the station.

The Racer in 1975 with the now defunct Zodiac to the right.

The Racer is one of four wooden roller coasters within the park. The other three are The Beast, Woodstock Express, and Mystic Timbers. 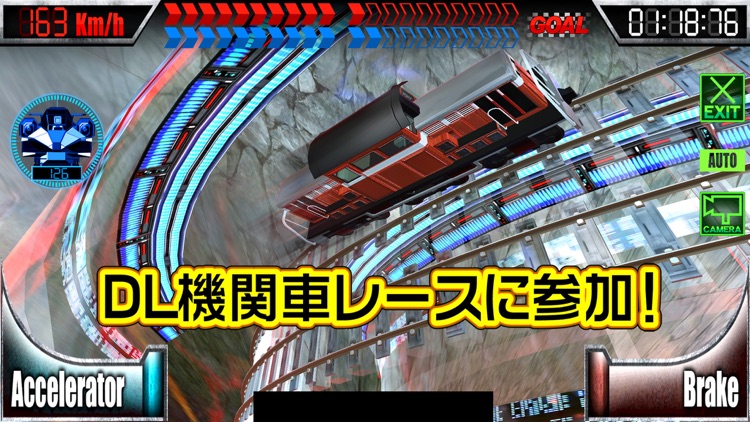 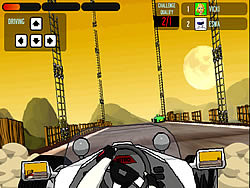