It is an almost universal truth that sequels suck. With the rare exception (e.g. The Empire Strikes Back) this is always the case in film and can, to some degree, be applied to video games as well. Do any of you remember Freespace 2? How about most of the Mortal Kombat or Tomb Raider sequels? When I was handed the sequel to Crazy Taxi, one of my favorite Dreamcast games from last year, apprehension overwhelmed me. I wasn’t sure if I could tolerate seeing one of my favorite games reduced to bargain bin trash by a knock off developer.

I wasn’t disappointed, after all.Crazy Taxi 2 is the screamingly good sequel to Crazy Taxi, putting you back in the driver's seat as you steer, crash, and bash your way through insanely fast and crowded New York streets. Do you have the cajones to make it as a real cabbie? Can you make it across town in just under two minutes? Are you going fast enough to jump over that bus?

Without giving too much away (and there ain’t too much to give away -- this is an adrenaline game, nothing more), Crazy Taxi 2 lets you drive to riches as an insane cab driver on the streets of New York. Expanding on the gameplay pioneered in the first Crazy Taxi you go really really fast, really really far, and if you’re luck, you’ll get you fares to their destinations on time.

The name of the game is speed, and you’ll need plenty of it to deliver fares to their destinations. Using a very unrealistic, arcade simplified control style, Crazy Taxi 2 is easy to control and not that difficult to master. You’ve got brake, gas, reverse shift, and forward shift. Adding to this, and new to Crazy Taxi 2, is the hop feature, which lets you jump your car on hydraulics as you race down the road. That’s the entirety of the controls you use, making it an easy game to get into, and with four different cabbies to choose from, you’ve also got a decent variety of vehicles to use.

Gameplay is just a simple as all you need do is find a fare and pick him up. Each fare is color coded for distance, and in some cases, you’ll be able to pick up more than one fare at a time. Your task is to navigate busy, crowded streets, and deliver the fares to their destinations. You are, of course, timed. Depending on the tricks you pull off, your fare will give you a larger tip, with a bonus if you can get them to their destinations on time. In the normal game, you’ll have a scant 60 seconds to pick up a fare, although they do add a few seconds to your time for doing this. If you use one of the other gameplay modes, you can race for 3, 5 and 10 minutes, tearing up New York streets with your crazy driving.

Added in this version is a new game mode called ‘Crazy Pyramid.’ Much like the Crazy Box mode from the original, you’ll compete in several small mini-games, unlocking special game features like new cars or additional drivers. All said, this game is extremely satisfying to play, even if some of the mini-games are unreasonably hard.

Crazy Taxi 2 has excellent graphics that take good advantage of the Dreamcast console. Lacking the blur present in many other Dreamcast games, Crazy Taxi 2 has sharp, well-detailed models that are just plain good to look at. With plenty of power to spare, there aren’t any performance issues present in the game, and the racing locations are absolutely gigantic, even if you play the ‘Small Apple’ game (a smaller version of the larger ‘Around Apple’ game).

While the sound effects aren’t much to listen to, the soundtrack for this game makes it more than worth hearing. With hard and fast rock from the likes of Offspring and Methods of Mayhem, racing down crowded city streets, careening off cars and buildings, has never been more fun. The voices of the cabbies can be a little wearing at times, and don’t seem to be designed with the same quality as the original, but given how little they talk, it isn’t that distracting.

As interesting ride as ever, Crazy Taxi 2 replicates the same playability and excitement present in the original. Most definitely a worthy successor, the only drawbacks are slightly lower quality voice acting, and the fact that it is more or less the same game. Still, most people who played the original remember that it was the game that made you want to buy a Dreamcast, and the sequel is no different. 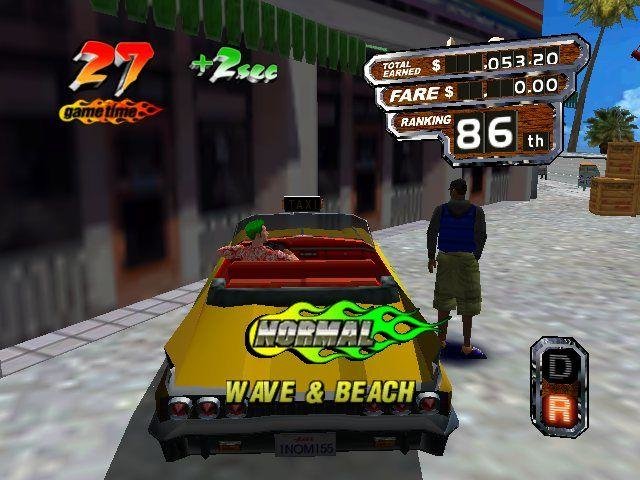 Crazy Taxi 3: High Roller (aka 疯狂出租车3, Crazy Taxi 3: Безумный Таксист) is a video game published in 2004 on Windows by SEGA Corporation. It's a racing / driving game, set in an arcade, vehicle simulator and automobile themes.

use ct3tweaks and it will work, using a higher res from the launcher does not.

how to know this song used in-game I worried because of the copyright while streaming this game.

Which idiot replaced the soundtracks

The game doesn't want to start, i don't know why i really need help.

I have endless loading screen on Win 10 and don't know how to fix it... If anyone does, please tell me!

whem i was baby i playing this gamw whit win XP! i love it so much

not as great as the first one. How the hell does that even happen?

I've got the same problem as Soulless Thunder, a can pick the city from the main menu, then pick my cabbie, then the game sits at the loading screen and goes no futher.
I'm on Windows 10

Def. not the original soundtrack. Got some song that came out years after the game did, and Everytime We Touch

you are a great driver 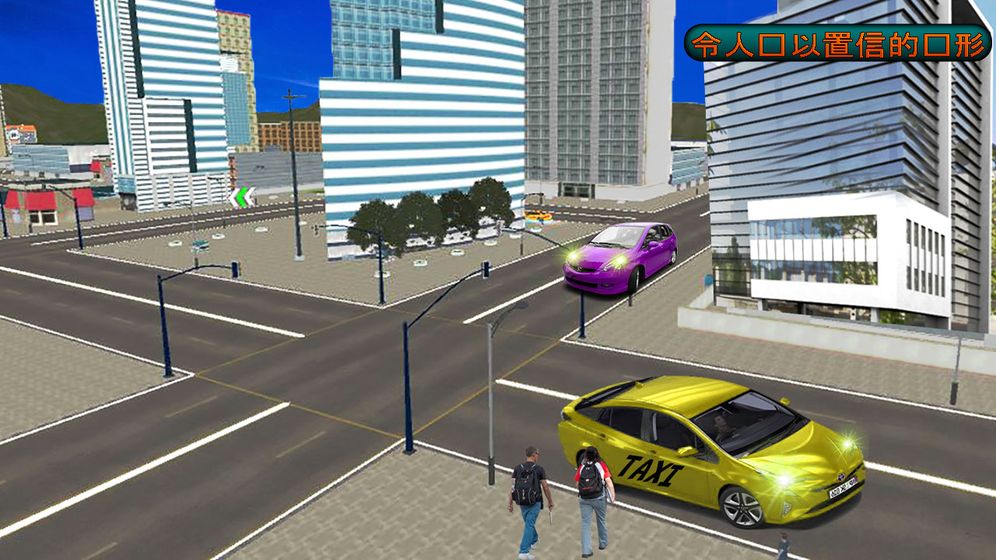 Wow, i remember playing this game on rented console

Think someone replaced the soundtrack with 90s and 2000's pop songs, It played Aaron Carter's I Want Candy and had 0 Offspring/Bad Religion or most of the actual soundtrack

Runs good on Win7, but has like a ghosting affect when driving. Not a fan of the songs the developers chose given what the first one had in the Arcade and on the Dreamcast

Share your gamer memories, help others to run the game or comment anything you'd like. If you have trouble to run Crazy Taxi 3: High Roller (Windows), read the abandonware guide first!

We may have multiple downloads for few games when different versions are available. Also, we try to upload manuals and extra documentations when possible. If the manual is missing and you own the original manual, please contact us!