BATON ROUGE — One has to go back to 1992 to find the last time LSU entered an Alabama football game with as little chance of winning. Video:This week's look around the SEC

Some gave LSU a chance to win that one, though. The headline over Dave Moorman's column in the Baton Rouge Advocate said, 'LSU could catch Tide coasting.' Moorman correctly pointed out that LSU's schedule was much more difficult as all the Tigers' losses were to winning teams, and all of Alabama's wins were over losing teams. Alabama finished 9-3-1, while LSU finished 5-6, which was then-coach Curley Hallman's best season.

In 1992, Alabama was only a 16-point favorite going into LSU. But the No. 3 Tide was 8-0 and on an 18-game winning streak. LSU was 1-7 and had lost six straight. There was no way, and I wrote that in the Alexandria Town Talk before that game. Alabama won, 31-11, and went on to win the national title. LSU finished 2-9 for its worst season in history.

But this year. No way.

LSU has never recovered from its season-opening loss to Mississippi State, when the Tigers were No. 5 in the nation. They have taken baby steps forward, followed by giant leaps backward. Another one of those will be tonight.

Here are three things to look out for in tonight's game: LSU had two wide receivers better than Alabama senior DeVonta Smith of Amite, but they both quit the team – junior Ja'Marr Chase before the season and junior Terrace Marshall Jr. just last Sunday. Chase's departure at least was before the season and gave his team a chance to regroup. And his could be considered an 'opt out,' though in reality it had little to do with COVID-19 and more to do with the fact that he already was considered a No. 1 pick. Marshall quit for the same reasons, and nothing to do with COVID-19.

Funny, Smith is considered a No. 1 pick, too, as he is No. 3 in the nation with nine catches a game and in receiving yards with 1,074 on 72 receptions. And he stayed for his senior season and will stay through all of his senior season. Maybe this is more proof why Alabama wins big year after year, including after national championship seasons, and LSU does not.

Alabama tailback Najee Harris is No. 10 in the nation in rushing with 893 yards on 148 carries. Look for him to finish off the game, as Tide coach Nick Saban does not intentionally run up scores. At least, not until now, but he may remember the aftermath of LSU's 46-41 win last year.

2. LSU offense has been opting out

The Tigers' offense has been gradually diminishing ever since it lost junior starting quarterback Myles Brennan to an abdomen injury during a 45-41 loss at Missouri on Oct. 10. True freshman TJ Finley has performed well at times, and he will start Saturday despite two interceptions in the loss at Texas A&M last week. He and the rest of his teammates sure could use Terrace Marshall Jr., who caught 10 passes last week.

LSU's real problem is its offensive line, which played much better early in the season. There is only one returning starter from last year in right tackle Austin Deculus. But there are several here with experience, including left guard Ed Ingram, who started all of 2017 and played a lot in 2019 with three starts. Graduate transfer center Liam Shanahan started three seasons at Harvard. This group has not developed well under offensive line coach James Cregg.

LSU vs. Alabama: 'We have to come together with a better plan,' says LSU guard Ed Ingram

Meanwhile, look for pass game coordinator Scott Linehan and offensive coordinator Steve Ensminger not to return in those roles or at all next season.

Had LSU played Alabama on Nov. 14 as originally scheduled, the score could have been 65-6. LSU's defense has improved since then, as it is coming off two very good games at Arkansas and at Texas A&M.

All that means is LSU will keep the score down and hope there are no more 'opt-outs.' 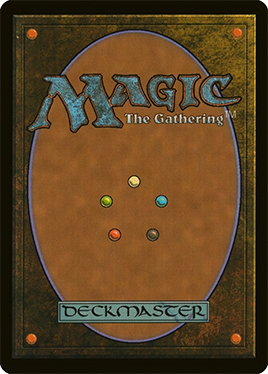