For the third time this week, let me write these words: you have to keep watching this baseball team every night because of the chance that you'll see something the universe has never seen before.

Today, of course, it was Joel Hanrahan getting a win thanks to a run scored by a dude he was traded for. Also, for the second time in the Nats' last three (completed) games, a pitcher got a win without throwing a pitch on the night he got the win. That has to be the first time in world history that's happened, at any level of baseball.

But the other thing about the Nats' broadcasts is that you're likely to hear something the universe has never heard before. This transcript from tonight's game is courtesy of @kevin_reiss. And I realize this Dibble g-string story is not a new one (see the extended back story here, and yes, I just wrote 'back story,' and see a possible photo of the rear tattoo right here, via comments) but I don't know that it's ever been told quite like this.

The setup: Top 5th. Aflac trivia question is something like 'Scott Rolen has a 25-game hitting streak. Who are the other two players with longer hit streaks this season?'

Bob Carpenter: There was a hitting streak that ended on June 3rd in the American League. And it is the kind of hitter that you would expect to have a long hitting streak.

Carpenter: Cha-ching! Tell him what he won, Johnny.

Dibble: [Draws in breath] I'll show you sometime what you win when you lose a bet. [Laughs]

Carpenter: [Quietly] Or not.

Dibble: OK, you carry Ichiro's initials around on your butt the rest of your life.

Dibble: You never heard that bet that I lost?

Dibble: Yeah, when he first came over here I was poppin' off on another radio show about 'Oh, he's not gonna be good, blah blah blah, our pitchers are gonna be better than him.' And he went out and got 242 hits, hit .350, won the batting crown, was Rookie of the Year. So, I lost the bet and now I have Ichiro's name and number tattooed on my butt in Japanese. And I had to run around Times Square in a g-string.

Carpenter: You're gonna finish that story?

Dibble: After 9/11, and I met with the police commissioners on the bet. And because they wanted some levity, they wanted me to honor that bet, because I was on radio in New York at the time, and they were very happy to have me run around Times Square in December with nothing but a g-string.

Carpenter: Oh, my. I'm so glad we took a warm weather vacation that year.

Carpenter: [Chuckles] Daddy, who's that? That's my future partner, dear.

Dibble: All I remember about that though, running around Times Square, was the two Japanese film crews, one from Fuji TV, one from HKTV or whatever over there, one guy fell down running backwards trying to film the whole thing. And at the All-Star Game that year Ichiro said, 'I will be proud to win that bet' in Japanese to me. So, I was like 'Oh, no.'

Carpenter: [Chuckling] Well, you're a stand up guy.

Dibble: Hey, I like to pay off my bets.

Carpenter: Something happened to Pudge Rodriguez, maybe his mitt or part of his equipment.

Dibble: Maybe he got something in his eye.

Dibble: Maybe he got something in his eye. Maybe he wears tight contacts and maybe it popped out.

[Rodriguez points to his jaw]

Dibble: Maybe it's his jaw.

[Rodriguez points to his left jawbone]

Carpenter: Pointing to his left jawbone.

Dibble: OK, have you ever cracked your jawbone? 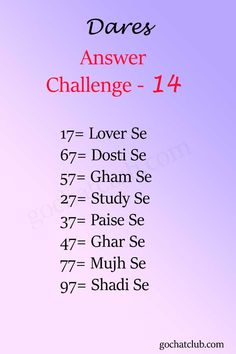 Carpenter: I have not.

It really has made these last few weeks without NBA and before NFL a lot more bearable to watch Dibble doing Nats games. If you haven't been watching the Nats, I STRONGLY suggest you start. The guy is hilarious, both intentionally and often unintentionally.

The funniest part of all though is watching the Nationals try to field routine ground balls. Or make basic base running decisions. Or hold a 3 run lead.

I knew you'd come through on this one as soon as I heard it. But no pics? On second thought, never mind. Good thing he had the g-string clause in there.

Also, I'm not sure that I've ever heard such a pregnant pause on Carpenter's part.

Okay, here you go (you'll have to scroll down a bit). Don't say I never did anything for you. Sigh. The things I do for this team:

The story of Dibbs Ichiro tattoo is like 6 years old when he was on the Dan Patrick radio show. Suprised that people didn't know about this.

Also, he was supposed to get Oprah tattood on his other cheek. He bet everyone on the show that he would run a full marathon. He never ended up training for it and never went through with the marathon.

Was that to be her name or her image? Inquiring minds want to know...

Just curious . . . did Carpenter ever mention who was the other player with the hitting streak?

1a - I knew it was Zimmerman - I just wondered if Carpenter and Dibble ever got around to it (those of us on radio are disadvantaged here regarding the banter).

Thanks, 1a. I'm glad. I'm afraid that the streak will get rather easily forgotten amidst all the doom and gloom the season has provided.

You're welcome, lowcountry. Hope that won't be the case.

The Oprah tattoo was just supposed to be her name I believe. It's been so long since the Dan Patrick show was around, let alone with Rob Dibble. It was the absolute best when Dan, Rob, and Phil the show killer were doing it. Rob got fired for not being able to control his mouth on ABC/ESPN radio waves. The show completely sucked after he got fired.

Best line ever was
Dan: I mean, what would you do if you had Brittany Spears for a night.

Dibbs: My luck, she'd be on her period.

I'm guessing that she'd probably think: My luck, I wouldn't be.

The comments to this entry are closed.