Okay, so this was another little… surprise, shall we say, in Desolation of Smaug. It’s mentioned a couple times that the Arkenstone apparently holds the power to unite the “seven dwarf kingdoms”, and later it’s mentioned that Erebor was the “seventh kingdom of the dwarves.” Which begs the question - what are these seven dwarvish kingdoms? The short answer, I’m afraid, is that we really don’t know, since “seven dwarf kingdoms” are never mentioned in any of the books. But let’s talk about it in more detail:

First of all, just a quick note on the Arkenstone: Desolation of Smaug gave the jewel way more political importance than it actually had. In the books, the Arkenstone (aside from being a giant jewel), really only held symbolic and cultural value. Thorin wanted it because it was a family and cultural heirloom - a symbol of the height of Erebor’s power and greatness. And (aside from being a giant jewel), the other dwarf clans really wouldn’t have cared about it. Possessing the Arkenstone wouldn’t have given Thorin any power over the other dwarves at all. So, just… yeah.

Now, back to the “seven kingdoms.” There has never been, at one time, seven known dwarvish kingdoms in Middle Earth. In fact, at the time of The Hobbit, the only known kingdoms are Erebor (or, to be more precise, the exiles from Erebor living in the Blue Mountains) and Dain Ironfoot’s dwarves living in the Iron Hills. We know that there are other dwarves, most likely in the far east, but we really don’t know any details about them. So, where is Peter Jackson getting this “seven kingdoms” idea?

Seven is a very important number among the dwarves. It comes up a lot in their history. Most importantly - especially for this post - is the Seven Dwarf Fathers. When the dwarves awoke, they were led by seven dwarves, each of which lead a single clan. Meaning that (just as the elves were divided into the three groups, Vanyar Noldor and Teleri) the dwarves were originally divided into seven clans - you can read more about them in this post. So, I’m reasonably sure that Peter Jackson was trying to reference these seven clans. The problem is that he’s very limited in which of Tolkien’s works he can reference (he only has rights to LotR and The Hobbit), and the seven clans are talked about in The Silmarillion (which he cannot reference.) So, to get around this, he used the word “kingdoms” instead of “clans.” At least, that’s my assumption.

It’s still a little clumsy. Because, by the time we get to the evens of The Hobbit, the seven clans aren’t so clear-cut anymore. Around the time of the War of Wrath, most of the Firebeards and Broadbeams (those clans living in the Blue Mountains) joined the Longbeards (the clan living in Moria). (The issue of these two Blue Mountain clans comes up a couple times. For example, we’re told that Sauron gave the dwarf rings to seven dwarf kings – but at the time, the Firebeards and Broadbeams probably don’t have kings, or if they do they’re living within the kingdom of the Longbeards, so they wouldn’t actually be ruling anything? It’s all very murky.) And we know next to nothing about the other four clans, other than the general theory that they probably live in the Orocarni Mountains to the far east.

What we do know about the seven clans in the Third Age, though, is that all seven clans were represented in the War of the Dwarves and Orcs (which ends with the Battle of Azanulbizar, 142 years before the events of The Hobbit.) All the clans joined together to fight the orcs in order to avenge the death of Thorin’s grandfather Thror (this, by the way, when Thorin’s family did not have possession of the Arkenstone.) But we don’t have too many details about the makeup of this pan-dwarvish army, so we don’t really know how the clan system worked here. Like I said, very murky.

But, even assuming that the “seven kingdoms” is a reference to the seven clans, Erebor was certainly not the seventh kingdom. By this definition, Erebor is representing the Longbeard clan, which is actually he oldest (and therefor first) of the seven clans, having been lead by Durin I. And, in case you’re wondering, it’s also not the seventh kingdom of the Longbeards. So I really don’t know what to do about that one.

To summarize a post that got way too long: The “seven dwarf kingdoms” are not part of the books, nor is the part they play in adding political significance to the Arkenstone. My theory, though, is that they’re just a roundabout reference to the historical/cultural concept of the seven dwarf clans, though the state of their existence in the late Third Age is something of an unknown.

The Hobbit: Kingdoms of Middle-earth is a persistent city-building game developed by Kabam where you build up a city, gather resources, and battle other players. Gamezebo’s quick start strategy guide will provide you with detailed images, tips, information, and hints on how to play your best game. 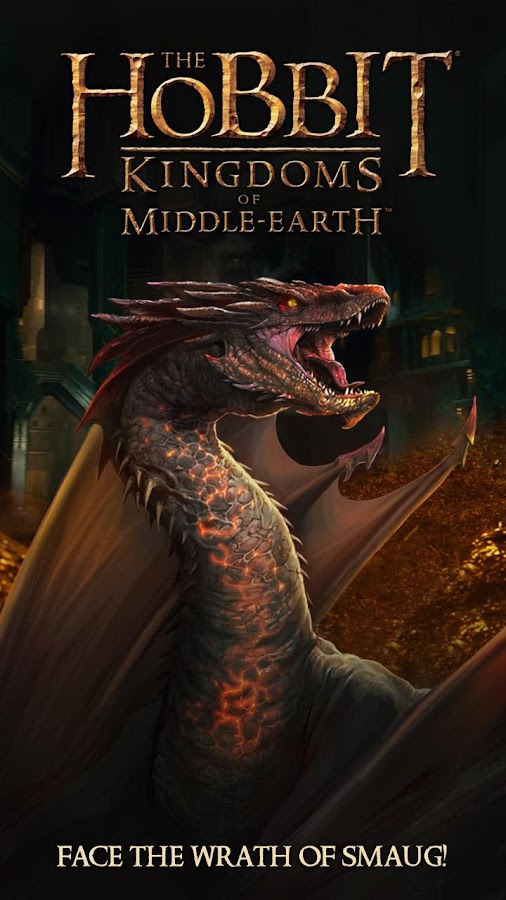 You have completed Gamezebo’s quick start guide for The Hobbit: Kingdoms of Middle-earth! You should be all set on your way to play your best game! Be sure to check back often for game updates, staff and user reviews, user tips, forums comments and much more here at Gamezebo!