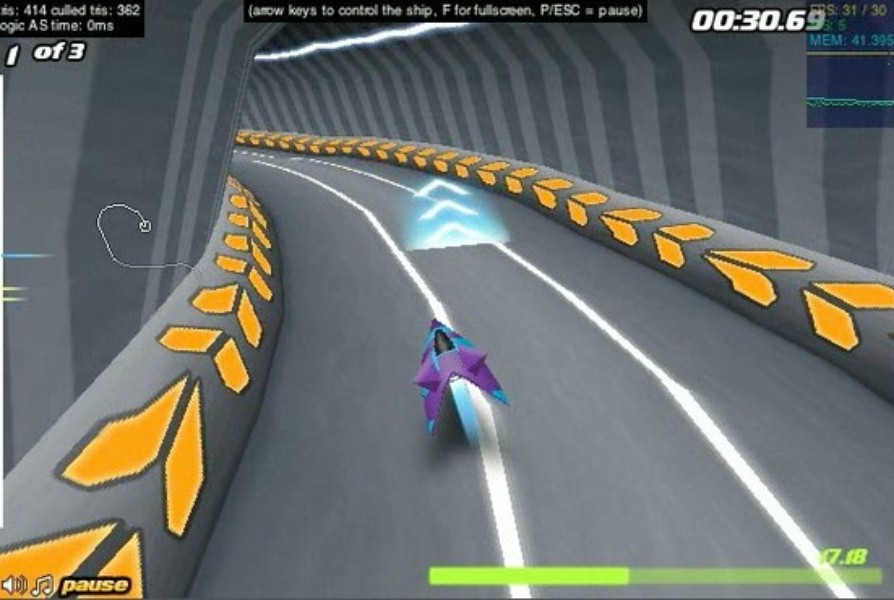 Make your opponents eat your dust in this 3D future racing game! Come in first on each track to progress to the next one and unlock new race cars. On you mark...Get set...GO, GO, GO!!!

Controls:
Up Arrow or 'W' Key - Accelerate
Left/Right Arrows or 'A'/'D' Keys - Steer
Esc or 'P' Key - Pause
'F' Key - Fullscreen
Jet Velocity 3D is an online sport game developed by DEVM Games, and has been played 40852 times on Bubblebox.com.
% of people have voted thumbs up

NEXT >
Come on down to the craziest farm around and enjoy country livin' at its best.
Go fishing and play against thousands of other players online

Start your own mafia empire!