Well, first, the mandatory HAPPY NEW YEAR! I hope 2021 cuts some slack for everyone. Today is a very special day because we have a new update, and also is my birthday hehe, so I have everything ready to upload and go celebrate this day off with my.

See a typo? Have a suggestion? Edit this page on Github

With the COVID-19 lockdowns, our children started getting interested in Minecraft. It started with our eldest (12 years old), who wanted to play on a server with his friends. Later, our 10 and 8 year olds wanted to get involved too. This seems like it should have been a straightforward experience: buy the game, install it, walk away.

However, between the different platforms, accounts, editions, and servers, we ran into sufficient pain points that I decided it would be worth writing up a guide for other parents getting their kids started with things.

As a quick plug: among video games for kids, we put Minecraft towards the top of our recommended list. It requires thought, planning, and strategizing to play. Especially during lockdown, together with a good Discord audio channel, Minecraft can get a great way to keep the children semi-social with their peers. And as parents, even we have gotten into the game more recently.

WikiHow is a “wiki,” similar to Wikipedia, which means that many of our articles are co-written by multiple authors. To create this article, volunteer authors worked to edit and improve it over time. A grass path with different aomap. Grass paths are primarily used for decoration, although they do prevent hostile mobs from spawning. They are a similar color to grass blocks placed in a desert or savanna biome. They are only 15 ⁄ 16 of a block high, therefore items that require a full block like torches and buttons cannot be placed on them. The Java edition of Minecraft is the original version of the game. It runs on Windows (including older Windows versions), Mac, and Linux. There are a lot of 'mods' out there that allow you to change how the games work. There are various servers with interesting alternative versions of the game in place.

If you look around the internet, there are a lot of different editions of Minecraft. Most of that is historical. These days, there are just two editions: Java and Bedrock. Pocket, Console, and 'Nintendo Switch' editions (and I'm sure there are others) are now part of Bedrock.

This is the first major decision you'll need to make for/with the kids: which edition of Minecraft are you going to buy? My short recommendation is: if you don't have a reason to do otherwise, go with Bedrock. But let's dive into the reasons for Java first, and then come back to Bedrock.

The Java edition of Minecraft is the original version of the game. It runs on Windows (including older Windows versions), Mac, and Linux. There are a lot of 'mods' out there that allow you to change how the games work. There are various servers with interesting alternative versions of the game in place.

Each individual user of the Java edition will need their own license to play. You can definitely let multiple children all play on a single computer, but they won't be able to play together.

And finally: the Java edition can only play multiplayer with other Java players. So if your kids have friends playing on Java (which ours did), you'll need to use Java as well to play.

After Microsoft bought Mojang (the company behind Minecraft), they created a new version of the codebase in C++. I can only assume that they did this to make a more efficient and more compatible version of the game. That's the first thing to point out: Bedrock runs a bit faster than Java, and runs on many more platforms.

Bedrock is available for Windows 10 PCs, though no other computers. If you're on older versions of Windows, or on Mac or Linux, Java is your only option. There are mobile versions of iOS and Android. And there are versions of Xbox, PlayStation, and Nintendo Switch. If you have any desire to play from a mobile or console, you'll have to use Bedrock.

The ability to share the game across multiple users depends entirely on the platform. On the Switch, for instance, everyone in the family can play from their own account on our main Switch device. I believe family sharing for iOS and Android would let the whole family play with a single purchase, though we haven't tried it.

The Windows 10 story is the most confusing. I've seen conflicting information on family sharing for the Microsoft Store. I think the intent is that you can make one purchase for the entire family, but I'm honestly not certain. Microsoft should improve their documentation on this. In any event, here's an article on microsoft.com from 2015 that seems to address this case. Given that I really don't know Microsoft's intent, I'm not going to give any concrete recommendations on how many licenses to purchase.

We bought the Nintendo Switch edition a while ago (which ultimately changed to the Bedrock edition). We also bought the Java edition for our eldest, Bedrock next for the Windows 10 PCs in the house, and ultimately after a lot of nagging bought the other two kids the Java edition as well. On the one hand, the costs add up. On the other hand, this game has been a hit for about 9 months now, so amortized the cost is completely reasonable.

As a parent, you can create a family group and add your children to it, which will let you know how much time they spend playing games on Windows 10 and Xbox.

NOTE Microsoft really screwed up naming, and has both a 'Microsoft Account' and a 'Microsoft Work or School Account'. If you're at a company that uses something like Microsoft Teams, you have one of the latter. Just be aware that these two kinds of accounts are mostly separate, except for a few websites (like Azure DevOps) that let you log in as both. All of this is stated as someone who pulled off a Google=>Microsoft migration for my company about a year ago.

Server based play, which we'll get to next, is one way of doing multiplayer Minecraft. But it's not the only one, and definitely not the easiest method. This point definitely confused me at first.

When you start a Minecraft game, you are creating a world. On the Java edition, you'll do this from the 'Single Player' menu. Despite that nomenclature, you are still able to play with other people in a world you created in single player. The same idea applies in Bedrock, though Bedrock fortunately doesn't apply the confusing term 'single player' to it.

On both Java and Bedrock, you can find games being played by others inside your local area network (LAN), meaning other people in the house. If you're on Bedrock, you can join worlds of other Xbox Live friends. The latter is a much easier way to connect with friends.

The caveat to this is that you can only play this multiplayer game when the host—the person who created the world—is online. If you want to be able to play regardless of who's online, you'll need a server.

If you want to leave a world up for any of your family or friends to join, you'll want a server. Both Java and Bedrock provide server software which you can freely run yourself. Personally, I decided that I spend enough time at work running servers for people, and I'd rather just pay someone else to do it for me.

Microsoft offers a feature called Realms, where you can pay them $8 a month (at time of writing) to host your realm. It's basically just a server with membership controlled via Xbox Live accounts. It's a nice, easy way to invite others to join you.

There are plenty of other companies out there offering free and paid hosting options. Keep in mind that, since it's relatively new, there aren't as many Bedrock hosting options out there. And the free options typically have some significant limitations, such as requiring that you watch an ad on their site every 90 minutes to keep the server running.

If you're like me, and don't want to have to bother with maintaining this stuff, I'd recommend budgeting $5-$10 per month for a server, if that's what your kids are going to enjoy.

And one final note. The thing that finally got me to write this blog post was a really frustrating bug where my daughter's computer couldn't connect to servers. I still haven't discovered exactly why that happened, but I learned more about how DNS resolution works: 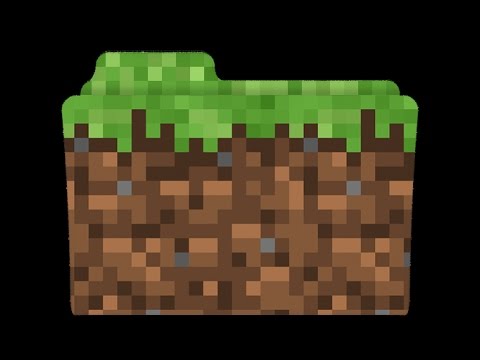 Alright, I think I figured it out. I don't know where exactly this is properly documented, but it seems you need an SRV record on:
_minecraft._tcp.<HOSTNAME>
I've been planning on writing a 'Minecraft guide for parents' blog post... now I think I have to.

If, like me, you're a tech person/network guy who is stumped as to 'where the hell is the DNS record,' you're looking for an SRV record with _minecraft._tcp prepended. I have no idea where this is officially documented, but since I spend so much time pulling out my three remaining hairs on this, I figured I'd share it here.

Our kids have absolutely fallen in love with Minecraft, and spend basically every waking moment talking about it. They play Minecraft music videos, have convinced the 4-year-old to play make-believe Minecraft, play with Minecraft foam swords and lego sets, etc. You get it, it's an obsession. If you go down this path, prepare for the possibility that they will talk at you about Minecraft every chance they get.

For me, when I finally started playing the game, it was a major bonding experience with the kids. They got to teach me a lot, which was fun for them. I had better planning and organization skills, and for once they were willing to listen to me when I told them to organize their closets (i.e. chests). 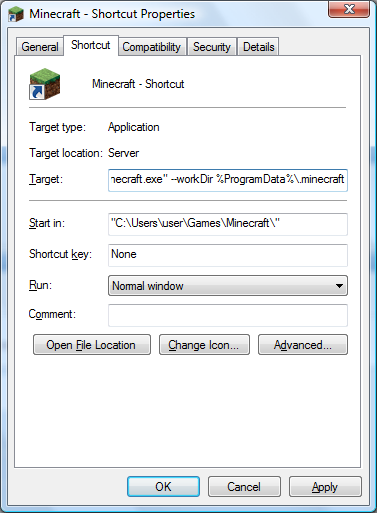 If you're looking for milestones and achievements to set, I'd recommend these. Keep in mind that I'm still quite a newb at the game, and there are likely much more exciting things to discover too.

If I got anything wrong or left anything out, let me know! Happy Minecrafting!

Please enable JavaScript to view the comments powered by Disqus.