GAME WILL START after a short message from the sponsor. Like this game? Tell me about what you like and why you play it on this site (instead of the many others sites with this same game). Just scroll down to the comments section below and share your thoughts. 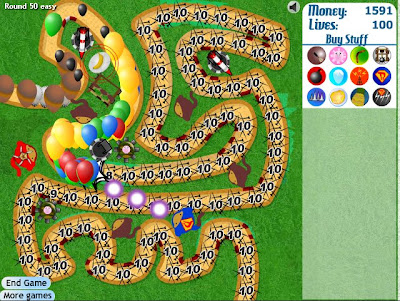 After a successful exclusive launch Ninja Kiwi is now proud to present Bloons Tower Defense 3. This time, use the all new towers and upgrades to work your way through all new tracks and 3 difficulty modes to achieve that total Bloon popping satisfaction. 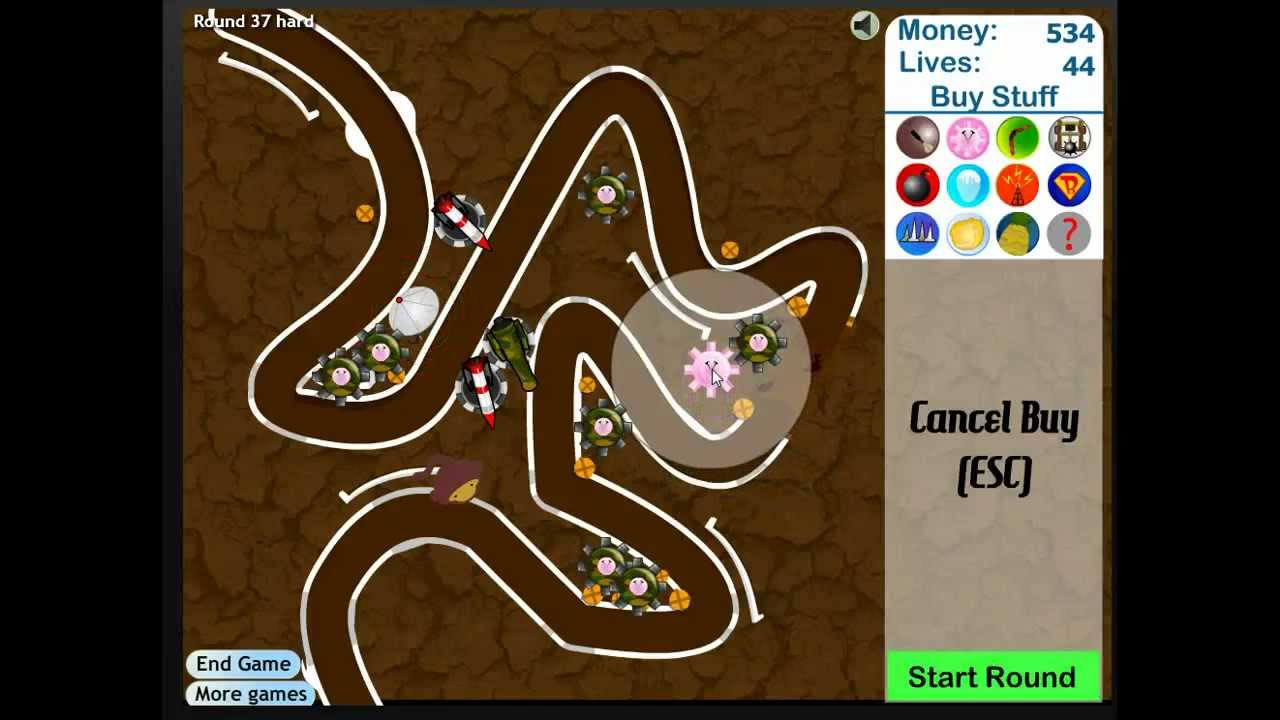 Added Kongregate API, reports your highest level completed and how many lives you have left after level 50 for all difficulties on all 4 public tracks.

Left mouse controls all goodness. Click on the items on the right to buy them and put them in the maze. Towers can only be placed off the paths, but road spikes and monkey glue can only be placed on the paths. As you accumulate money upgrade your existing towers or buy new ones. 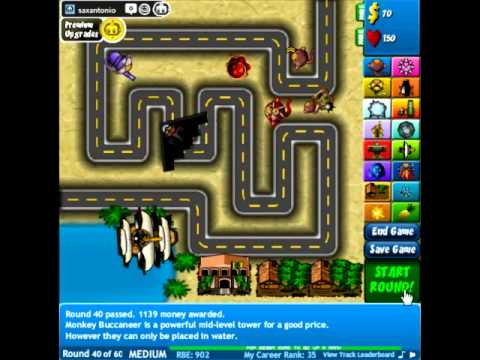