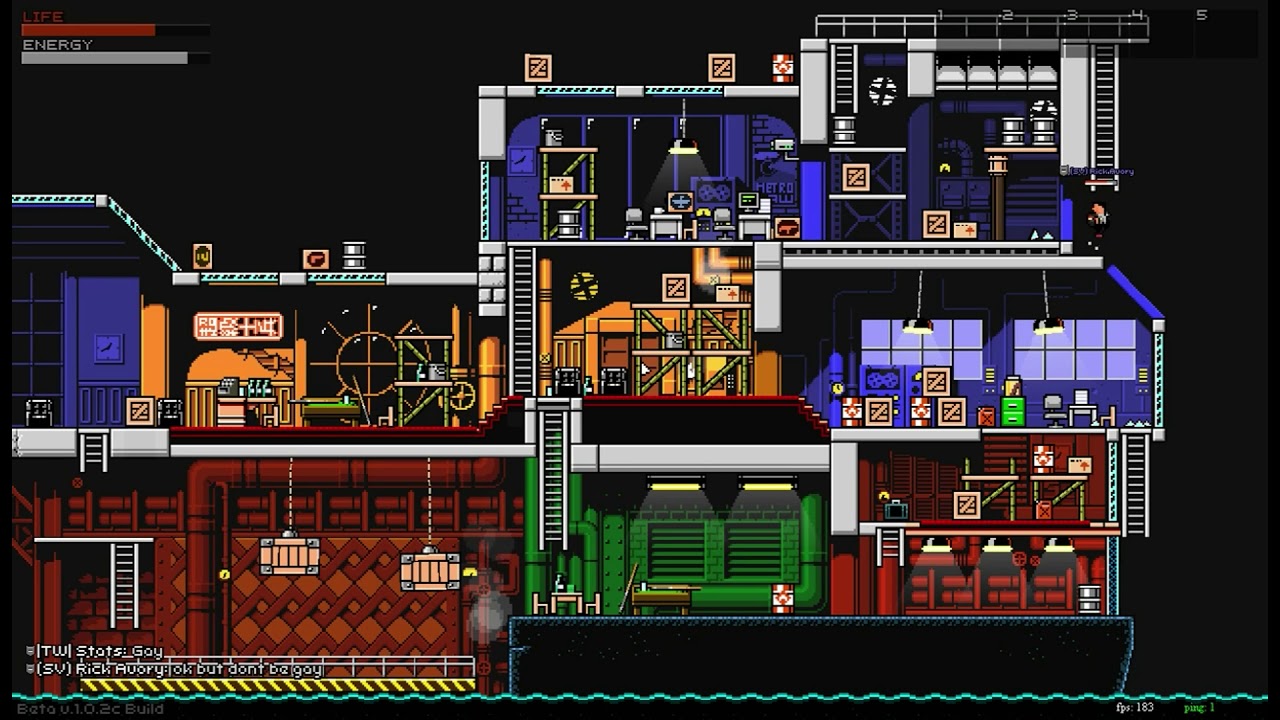 Superfighters 2 Ultimate is the sequel to the most amazing 2 player retro-style fighting game. Control your pixel character to shoot or kick the crap out of all your enemies. Collect different kinds of weapons like shotguns, machine guns and grenades, cool power-ups like slow motion or armor and do your best to stay alive and kill everyone else. Play the VS mode against the CPU or a friend, the stage mode, where you have to clear harder getting levels, or the survival mode, in which you have only one goal: keep fighting.
The rules are simple: kill or get killed. Play smart and take cover from time to time, so it will be a lot harder for your enemies to hit you, but for you it will be easier to get a perfect aim. But sometimes the best defense is a good offense. Get into melee range of your opponent which will prevent him from shooting you and you can even disarm him if he tries. Movement is key in this game and it can be a bit risky in the beginning to coordinate everything at the same time. Become a killer machine and beat everyone! Enjoy Superfighters 2 Ultimate!
Controls: Arrows = move / jump / crouch, N = attack, M = shoot. Change controls in Set Up. 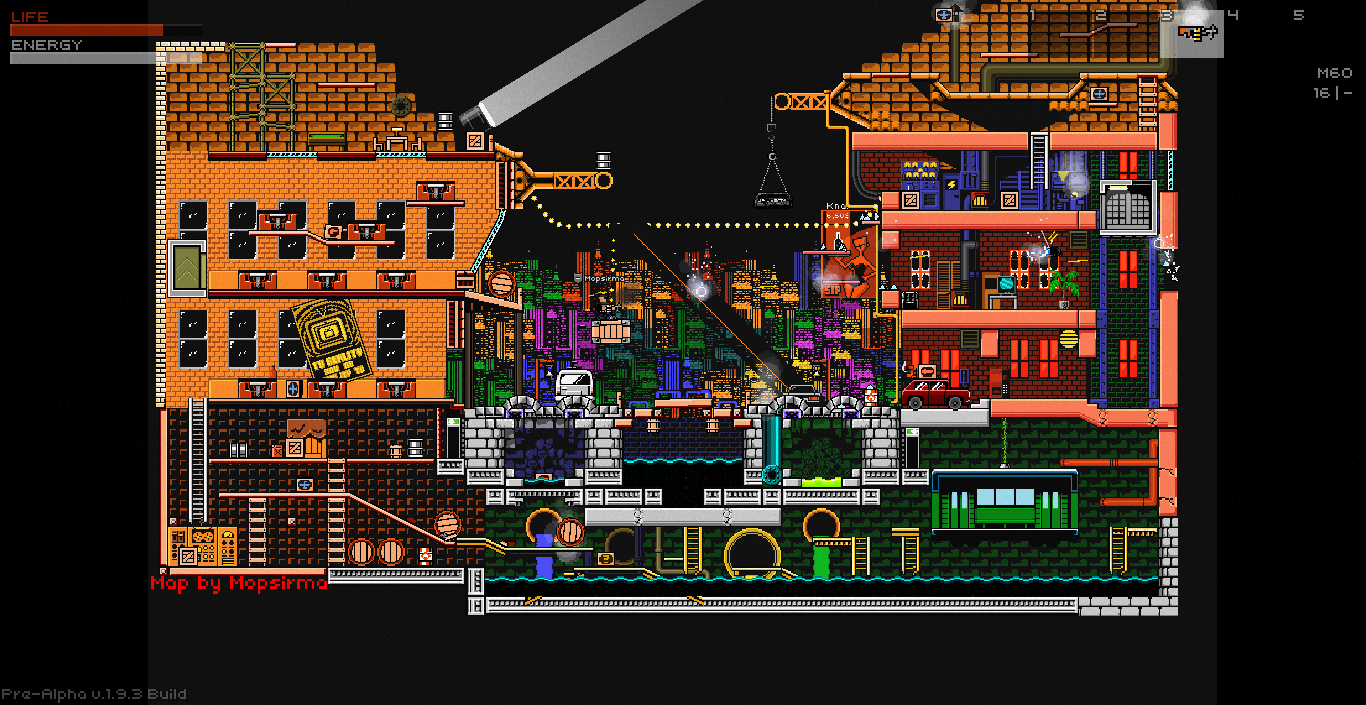