Decatur-Austin game was a classic

Both sides brought a load of emotion to the football field Friday night when city rivals Decatur High and Austin faced off at Ogle Stadium.

The Red Raiders were motivated to continue what has been a magical season. Some of their players even said they were nervous to keep the momentum going and further prove they are for real this season.

Meanwhile, Austin was a confident and determined team on a mission trying to win a second straight game over the Red Raiders for the first time since 1985.

But there was one thing the rivals had in common: Each side was playing for its seniors.

At the end of the game, 22 Decatur and 21 Austin seniors had plenty of reasons to be proud Friday night, leading the way in an exciting game that Decatur won 10-7 and 12th-year Red Raiders head coach Jere Adcock described as “two heavyweights going at it.”

It was scoreless at halftime before Decatur recorded 10 points in the third quarter, and Austin posted a touchdown in the fourth. 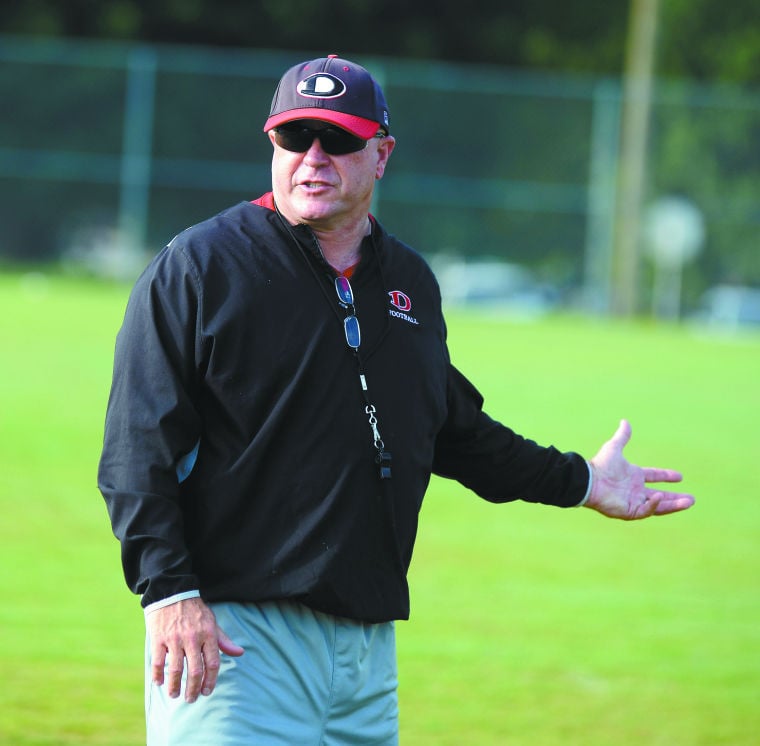 Fourth-year Austin head coach David Norwood said he thought Friday night’s installment of the annual city rivalry did its part to fuel the intensity of the matchup. The rival teams have now split the past two meetings, each by a three-point margin. 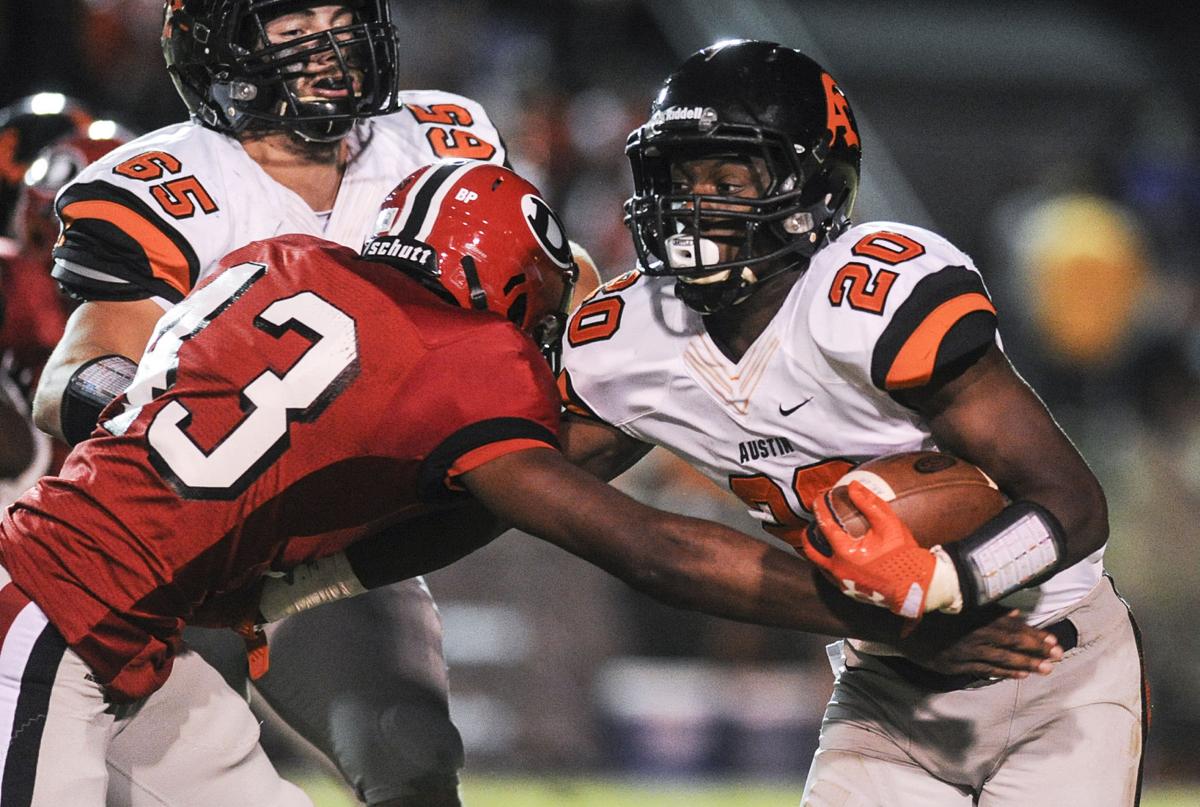 With the avenging win, the Red Raiders capped a region championship season with a nine-game win streak still alive.

Decatur (9-1), which has not lost to a Class 5A team all season, will host Gardendale (6-4) in the first round of the state playoffs this week.

“I’m tickled to death for this team because these seniors, at this stage of their career, have 23 wins as a senior class,” Adcock said.

“Any time you averaging over seven wins a year, that’s pretty good, and I hope they’re not done yet.”

Austin (4-6) did not qualify for the playoffs this season, and although the Black Bears’ season ended on Friday night, Norwood gave credit to his seniors for the kind of character they have instilled in the program the past four years.

Anyone inside Austin’s football program knew exactly what Norwood meant Friday night when he told his senior class: “What you’ve done is set the tone for the future of Austin High School. For that, I thank you.”

Speake goes one better: For the Speake Bobcats, last season was a dream. And after making it to the second round of the Class 1A state playoffs and hosting an opening-round contest for the first time since 1977, the Bobcats still haven’t waked up. And that’s a good thing.

Fifth-year head coach Heath Grimes said he thought the consensus was that his team was a one-year success story, but the Bobcats have surprised naysayers this season with an even better year. With Speake’s 40-14 win over Danville on Friday night, the Bobcats’ record is now 9-1, bettering last year’s regular-season record of 8-2.

The Red Devils’ 28-26 win over 2A playoff team Tanner gave Elkmont the third seed out of Region 8.

The Red Devils’ offensive production of 17.7 points a game has held up this season, scoring 21 points or more five times under first-year Elkmont head coach Don Jacobs, who
is a former Alabama quarterback and Troy offensive coordinator.

Hazlewood still undefeated: Hazlewood’s 61-8 win over Parrish on Friday put an exclamation point on the Golden Bears’ first undefeated regular season since 1996. That year, they finished the regular season 9-0 and advanced to the second round of the 2A state playoffs. The Golden Bears gave up just 25 points in the regular season that year, while this year’s Hazlewood defense has surrendered an average of just 12 points a game, including four shutouts.

West Morgan’s Coggins cherishes win: Class 2A West Morgan’s impressive 24-6 win at 4A East Limestone on Thursday night was an especially meaningful victory for Rebels head coach Pierre Coggins, who got his coaching start on the late Phil Cavnar’s staff at East Limestone during 1990-93.

Coggins remains a close friend of the Cavnar family.

“I love this place — I really do,” Coggins told players from both teams huddled around him after Thursday night’s game. “I learned a lot about coaching here and I’m for you all to win every week, and I wish you the best of luck in the playoffs.”

The feeling is mutual, evident by an East Limestone player echoing Coggins statement with: “You, too, Coach.”